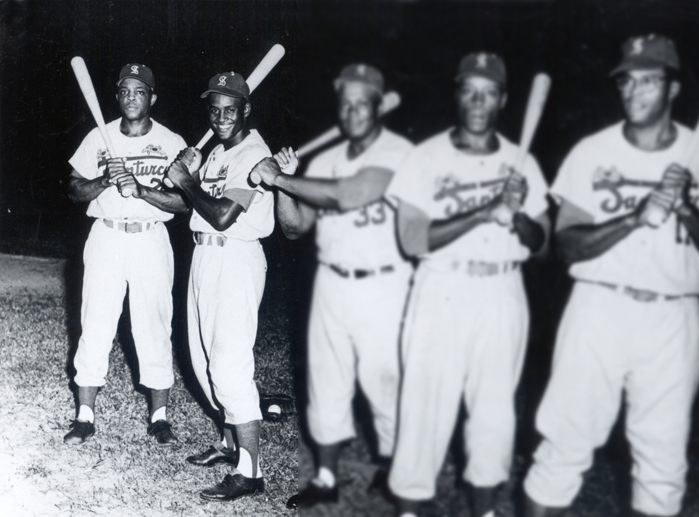 In my last article, which focused on Josh Gibson’s time in Puerto Rico and its effects, I asked one to list a personal top Pittsburgh player list. I challenge the reader to do the same in this article. If I was to ask you who the greatest African-American baseball player of all time and the greatest Latino baseball player of all time I would receive a lot of different answers. Ironically, some might mention Josh Gibson, but I think many of the answers would include Willie Mays; while some of answers would include Roberto Clemente.

Is it surprising to you to hear that in the winter of 1954-55 those greats of Mays and Clemente played in the same outfield together in Puerto Rico ?

While Josh Gibson played in Puerto Rico to make more money, I’m not exactly sure why Willie Mays would have needed to play winter ball. He was fresh off the 1954 season where he garnered 10.4 WAR, won the NL MVP and stole an out from Vic Wertz in Game 1 of the World Series with “The Catch.”

When the new year came in 1955, Willie Mays was in Puerto Rico manning centerfield for the Santurce Cangrejeros, nicknamed the Crabbers, the same team that Josh Gibson played for in 1938. The other notable player for the Santurce squad was a young Puerto Rican outfielder named Roberto Clemente.

Clemente just got done with a year playing in the Dodgers minor league system in which the Dodgers were hiding him in their AAA team in Montreal. After the season the Pirates selected Clemente with a pick in the Rule 5 draft. Shortly after that, Clemente headed home to play for his San Juan club with Santurce. Clemente had to be excited to to have such a great player to study and learn from.

The way Caribbean winter ball worked is that Puerto Rico, Cuba, Venezuela and Panama would have their own leagues and then the champions would meet in the Carribean Series placing the champions against each other. Not surprisingly, the Santurce Cangrejeros with their outfield of Clemente and Mays made the Caribbean Series. Clemente played in the league’s All Star game and hit two homers as one of the league’s youngest players.

The Caribbean series took place from February 10 through February 15, 1955 featuring the champion baseball teams from Cuba: Alacranes de Almendares; Panama: Carta Vieja Yankees; Puerto Rico: Cangrejeros de Santurce, and Venezuela, Navegantes del Magallanes. The format consisted of 12 games, each team facing the other teams twice. The games were played at Estadio Universitario in Caracas, the capital city of Venezuela, which boosted capacity to 22,690 seats, while the ceremonial first pitch was thrown by Marcos P rez Jim nez, by then the President of Venezuela.

Clemente and Mays both played well but were overshadowed by shortstop Don Zimmer who OPSed .971 and was the league MVP. Clemente didn’t have any notable games but slugged .571. Mays, however, did have the most memorable moments of the Series hitting a two out walkoff homerun in Game 6 of the Series.

While this short winter season and 12 game championship in Venezuela are a mere 50ish games of the 2000+ games of both Mays and Clemente’s career, it’s pretty exciting to think that one of the best combos of all time existed in Puerto Rico in 1955. 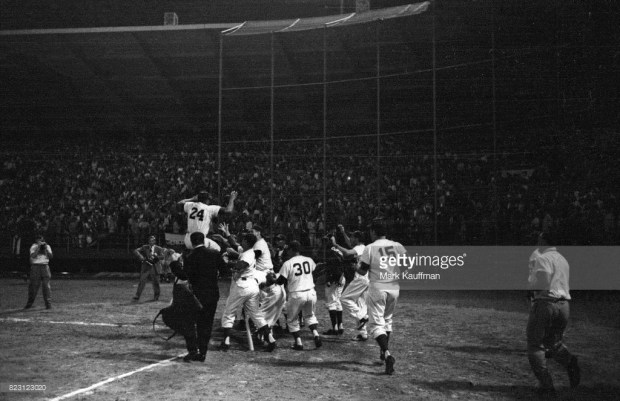 Bet on your Pittsburgh Pirates online! Get free bets with the bonus codes from Bonuspromocode.com.

Michael is a Pirates contributor to The Point of Pittsburgh. Michael is former submarine officer and Naval Academy grad. He now runs a small consulting firm and does veteran related job fairs. He is a SABR member and regularly attends Altoona Curve games to scout the Pirate prospects.