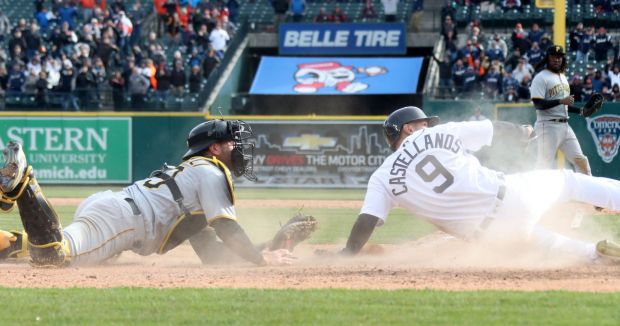 One of these interleague teams is from a rebuilding city on the rise. The other is from Detroit.

Has Interleague Play??lost??its luster? Judging by the crowds of 13,032 and 13,905 in the Pirates??? two games with the Texas Rangers at PNC Park May 7-8, the answer would seem to be yes. As is the case with most things in Major League Baseball, Interleague Play mostly benefits the big market teams. Fans in New York, Chicago, and Los Angeles look forward to their cross-city series each season, while the Pirates have a forced ???rivalry??? with the Detroit Tigers.

Series between teams like Pittsburgh and Oakland or Toronto and San Francisco just don???t appeal to the average fan. It was neat the first time each American League Team came to a National League city and vice versa, but now these games have become just another of 162 with no real significance.

Not only has the appeal repealed, but the imbalance in the schedule that Interleague Play creates??can sometimes??make for an??unfair advantage. Consider that last season the Brewers and Cubs finished the regular season tied??for first in the NL Central??and had to play a 163rd??game to determine the division winner. While each team played 20 Interleague games, they did not play the same opponents an equal amount of times, creating a strength of schedule inequity. The Cubs got to play the 100-loss White Sox six times, while the Brewers got the Twins, a team that played near .500, six times. The argument can be made that if the Brewers had been afforded the same opportunity to play the lowly White Sox six times instead of three,??the??Brewers may??have won the division outright instead of having to play a 163rd??game.

As mentioned above, the reason that there was the imbalance in the schedule in the first place is because of what MLB has deemed ???Natural Rivals??? that are shown in the chart below.

Another drawback of Interleague Play is the havoc that it??creates??with the schedule. For example, this season the Pirates make four separate trips to California. April 26-28 the Pirates traveled to Los Angeles to play the Dodgers. Where in the past they would have just traveled down the coast and visited San Diego, they left Dodger Stadium and headed to Texas to play two games with the Rangers. Now, just three??weeks later the Pirates are back in California to play the Padres. August 12-14 the Pirates will be back in California for a third time when they visit Anaheim. Finally, the Pirates will make a fourth trip to California??September 9-12??when they visit San Francisco.

On the other end of the spectrum, the travel schedule for some other teams is made easier by Interleague Play. In the NL West, for example, San Francisco only has to drive across the Bay Bridge to play three road games against their ???Natural Rival??? in Oakland. Meanwhile, this season the Padres will have to travel approximately 1,062 miles to play against their ???Natural Rival??? in Seattle for just two games. Likewise, the Mariners already traveled to San Diego in April for just two games.

It will be very difficult to take Interleague Play away now, but perhaps to make it more exciting it can be scaled back to every other year or every four years like the Olympics. It also used to??be??interesting when every??team??would play Interleague games at the same time.??However, that has been impossible since 2013 when the Astros moved to the American League, creating an imbalance between the two leagues necessitating that there be an Interleague??series every night. That being said, MLB could still make the schedule as such that all ???Natural Rivals??? play at the same time or every series but one series could be Interleague.??There are no easy answers, but gone are the days in 1997 when 39,509 packed Three Rivers Stadium on June 14th??of that season to see the lowly Pirates play the even lowlier Kansas City Royals.

Interleague Play was new and exciting back then, but now it is old, tired, and creates??travel??and strength of schedule imbalances. MLB should ask itself if the demand for Interleague Play is still high enough to put up with the hassles that it creates.

6 Comments on MLB Interleague Play Has Lost Its Luster