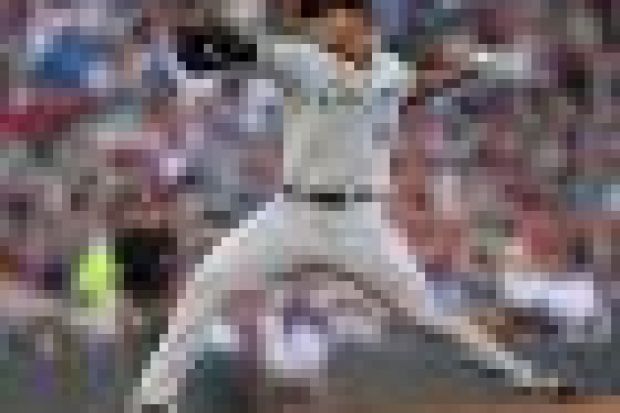 One of the most underrated players, Jose Quintana, would check a lot of boxes for the Pirates.
Photo by Jesse Johnson/US Presswire

A couple of weeks ago, Steve wrote an article about the Pirates’ needs and posited that a #2 starter was one of their chief needs.  The Pirates have a #2-level starter in Francisco Liriano, but he’s chosen to pitch like a #4/5-level starter this year and has left a gaping void behind Gerrit Cole (who himself needs to rebound from his injury and pitch like the #1 starter he is).

The Pirates have two #2-quality starters on hand in Jameson Taillon and Tyler Glasnow, but both of them may need to have their innings monitored by the end of the year.  So that leaves the Pirates in a pickle.  If they can’t get Liriano back on track quickly before the trade deadline and they can’t rely on Taillon/Glasnow to fill the innings void, they’ll need to seek help from outside sources.

Quintana has been one of the most underrated pitching assets in MLB for the past couple of years.  Many have not known about him because he pitches for a non-glamour club.  He’s a true definition of a #2-level starter.  In 2016, he’s upped his game and could almost be considered a borderline #1.

Entering Tuesday night’s action, the White Sox have faltered to a 45-47 record after getting off to a blistering start in April.  The White Sox are in dire need of a rebuild, as they have a bunch of overpaid and underachieving veterans.  The White Sox offense is especially pathetic, as they don’t have a single everyday starter with a wRC+ (offense created above league average) over 109.  Their pitching is the only reason they’ve gotten this far and it has taken them to 6 games out of the 2nd wild card spot with five teams ahead of them.

Quintana was recently ranked the 25th most valuable trade asset by Fangraphs.  I have to disagree slightly with the methodology of Dave Cameron, as he shows the Team Control WAR total as 15.5, which includes the club option years that may or may not get picked up, but he then only shows the guaranteed dollars as the 2017-18 seasons, plus the buyouts.  To me, you have to be consistent and reflect the Team WAR in the same timeframe as the guaranteed money; you’re only assured of paying him in 2017-18.

So for this article, I’m going to assign Quintana the following WAR totals over the guaranteed portions of the contract:

From our surplus valuation model, here are the values of various tiers of top-100 prospects, using the Baseball America lists.

If you were to go for a strict 1 for 1 trade, like what the Padres did with the Red Sox in the Drew Pomeranz trade, that would equate to a hitter ranked #11-25 or a pitcher ranked #1-10.  As it just so happens, the Pirates have one of those in the recent BA midseason Top 100 update in the form of Tyler Glasnow (#6).  Austin Meadows was just outside the #11-25, as he was ranked #10.  That puts him into the extremely valuable #1-10 category with a surplus value of $73.5M, which technically would be considered an overpay…something hard to imagine this risk-averse front office doing.

But that’s essentially what it would cost in a 1 for 1 deal — Meadows or Glasnow.  That’s a hard pill to swallow.  But if the Pirates were to package multiple prospects together like Josh Bell (#38, $38.2M) and Kevin Newman (#51, $22.4M), plus a kicker like Steven Brault or Brandon Waddell, you have a package of roughly equivalent value.

If the White Sox were to admit to themselves it’s time to rebuild, this is a good deal.  They still would have a good pitching staff headlined by Chris Sale, with Carlos Rodon also in tow.  Brault (or Waddell) wouldn’t replace Quintana’s value directly, but they would be cost effective #4/5 starters.  Josh Bell would give them a legitimate, young middle-of-the-order hitting to alternate between 1B and DH with Jose Abreu.  If the Pirates truly believe he can’t play 1B defensively, trading him in this package makes perfect sense.  The White Sox don’t have a lot of young hitting talent, but they recently called up SS Tim Anderson.  Kevin Newman could slide over to 2B, where some talent evaluators think he will end up anyway, and make a solid middle infield combo.

For the Pirates, it’s obvious what Quintana would bring to the table.  He slides right in behind Cole as the #2 starter now and moving forward.  Taillon and Glasnow would fill out the next two slots in the rotation.  That leaves Jeff Locke and Francisco Liriano to battle it out for the fifth spot, both this year and beyond.  The Pirates could flip one of them in the offseason for each payroll flexibility or to fill a different need.

There are some that would blanch at giving up this many perceived prospects, especially after Josh Bell’s splashy debut cameo.  But reading the tea leaves tells me that the Pirates just don’t trust him defensively…anywhere.  I don’t think Newman has the bat to be a major league starter and Brault/Waddell are nice, but expendable.

This move helps the Pirates make a run for the wild card in 2016, but it also gets their offseason shopping started, too.  This year’s free agent pitching is awful, even in the bargain aisles that the Pirates frequent, so this allows them to trade for present and future.  If the Pirates were in the market to be bold, this is the move to make.