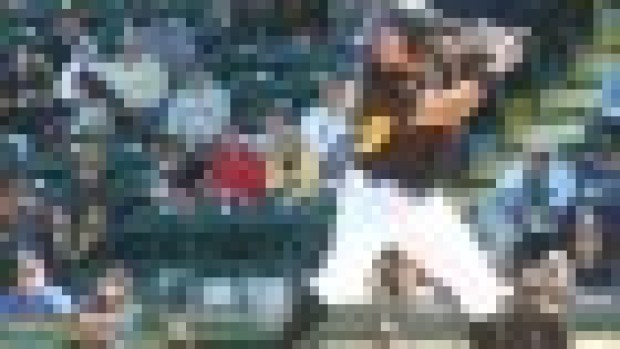 Reese McGuire’s bat is what is holding him back at the moment.
Photo via 93.7 The Fan/Jeff Hathhorn

The rankings get interesting from 11-20, both in terms of the solid players hanging out in this range and the bit of controversial placement of a couple of former first round picks. If you’re here to have your opinion of some players validated, you might want to jump right to the comment section.

Once again, our participating writers. I promise you’ll hear a lot more from Kurt today.

SD – Frazier makes good contact and sprays the ball. Not sexy but he could be the future on middle infielders in the age of the shift.

KH – Garcia is a classic right fielder with impressive raw power and arm strength. In 2015, the Altoona Curve ?s coaching staff worked with him to shorten his swing in an effort to cut down on strikeouts. It took him a while to get the hang of it, but Garcia eventually cut his K rate, raised his average, and earned a promotion to Indianapolis.

SD – Some of the best game power in the system even if his K rate could keep him from the show. Four Legit tools though.

KC – Second lefty pitcher obtained in Travis Snider deal last year, has exceeded my expectations. Could be spot starter in 2016 as he will be at AAA.

MB – I always like LHP ?s since they can often become a LOOGY as their floor. I didn ?t see Brault throw but a friend raved about his cutter. His results and pedigree give him a shot at a ML rotation.

KH – It was a shrewd move when Neal Huntington traded Brad Lincoln for Travis Snider and an even shrewder move when he flipped Snider for lefties Steven Brault and Stephen Tarpley. Brault used his two seamer and sharp biting cutter to make up for middling velocity. If he ?s able to improve his changeup and add a reliable breaking pitch, Brault could be knocking on the Pirates ? door in 2017 or sooner.

SD – Similar numbers to Tony Watson only two years younger. Do you really want to rush a guy who eats 155 minor league innings to the pen?

KH – Garcia burst onto the scene last season when he struck out 112 batters in 30 games with the West Virginia Power. The 23 -year old Dominican is a little old for Single A and often lacks command of his secondary pitches, but has a lively fastball that one can dream upon.

SD – Seemingly out of nowhere 2015 breakout. Another year like 2015 and he could be in the top 10, especially if he closes it in Altoona.

MB – Garcia dominated the hitters in Low A enough that BA raved about him in their Top 20 rankings. He ?s old enough to get a brief stay in A+ and then hit Altoona by midseason.

KC – His shoulder surgery casts a shadow on his ability to play SS long term. If he can’t, his bat may not play at another position.

SD – Was climbing my prospect list rapidly until he blew out his shoulder.

KH – The Pirates first round pick in 2014 will miss most, if not all, of 2016 recovering from the shoulder surgery he underwent last August. Tucker has plenty of speed and range, which makes him an intriguing option at shortstop, but concerns about arm strength are likely to be magnified now that he ?s underwent surgery on his throwing arm.

MB – Did you happen to see some of the video of Tucker from this winter ? He looks amazing. His body is starting to fill out and I love his swing from both sides. He ?s still so young and green but his ceiling is Cal Ripken.

KH – Tarpley, compared to Brault, is much more of a boom-or -bust type of pitcher. His fastball has real life, sitting at around 94 MPH and touching 97 MPH. Pirates’ coaches lowered Tarpley ?s arm slot and his control greatly improved because of the adjustment. Tarpley will move up to Bradenton in 2016 and may reach Altoona before year ?s end.

SD – He could be a rapid climber with a repeat of 2015. I’d be even more impressed if he does it in Altoona in August.

MB – The only thing holding the LHP back from ranking higher is his age. Tarpley will be 23 in high A so a quick promotion to Altoona could be in order. He showed both the potential to miss bats and to induce ground balls maybe he ?s our next Tony Watson.

KC – Lefty pitcher from Snider deal, more upside than Brault, but comes with makeup questions. Like Y. Garcia, needs to advance quicker this year as an overage 23 in High A.

SD – A guy with Kuhl’s arm and numbers would have been in the 2006 Pirates’ top 5 prospects. Sad but true. Kuhl should throw less strikes to generate more swings and misses. His control is almost hurting him.

KH – In any other system, Kuhl might be an afterthought. He ?s a sinkerballer who doesn ?t strike many people out and thrives only in quick counts. But in the Pirates system, which is predicated largely upon pitching to contact, Kuhl could thrive. He ?ll start this year in Indianapolis and could be a dark horse candidate to pitch in Pittsburgh this season.

KC – Quietly working way into Pirates’ pitching plans with a power sinker. Could be a #4 with better secondary pitches.

KC – Second round pick in 2014 here on pedigree as his 2015 was started late, at a lower level than expected, with poor results.

KH – When Keller was drafted out of Iowa ?s Xavier High School in 2014, his fastball sat in the mid to upper 80’s. Now Keller ?s heater regularly touches 94 MPH and features real movement. Unfortunately for Keller, he ?s recently experienced the dreaded ?forearm tightness ? which often foreshadows an operation.

SD – There isn’t a long list of players who OPS under .600 in A+ who have long fruitful careers in the majors. He did hit better in a small AFL sample, so what the hell do I know?

KC – His defense could be all-world, but not being able to put up an OPS of 600 means the bat may never play in the Majors.

MB – His glove will get him to the majors and his good approach from the left side could allow him to be a 2 or 7 hole hitter instead of having a Chris Stewart bat. He ?s also just one level below Elias Diaz and 5 years younger.

KH – The good: At just 21 years old, McGuire could hold his own defensively in the majors. That ?s remarkable for a guy as young as he is. The bad: He can ?t hit. Becoming a catcher requires a specialized knowledge of the game, so they tend to develop more slowly than other players. As it stands, the Bucs love his glove and hope that the bat comes around with time.

KC – Had a breakout year and is positioning himself behind Hanson on the depth chart for 2B. Will play at AAA in 2016 and be a call away.

SD – Could easily pass Hanson if he takes another step forward or maintains his numbers in AAA. The BABIP was a little high but good glove and improving contact numbers help.

KH – Pittsburgh ?s consolation prize for the Mark Appel whiff, Moroff was aggressively promoted to Altoona last season despite two mediocre Single A seasons. He rewarded them by slashing a respectable .293/.374/.409. Moroff still is a long shot to make the majors, but not if he continues to hit like he did in Altoona last season.

MB -Max ?s slick fielding at 2nd was almost as pretty as his all fields approach to hitting. He was fun to watch at AA and should be at least a nice utility IF in the show.

Join us late? Here are are the links to the rest of the rankings!